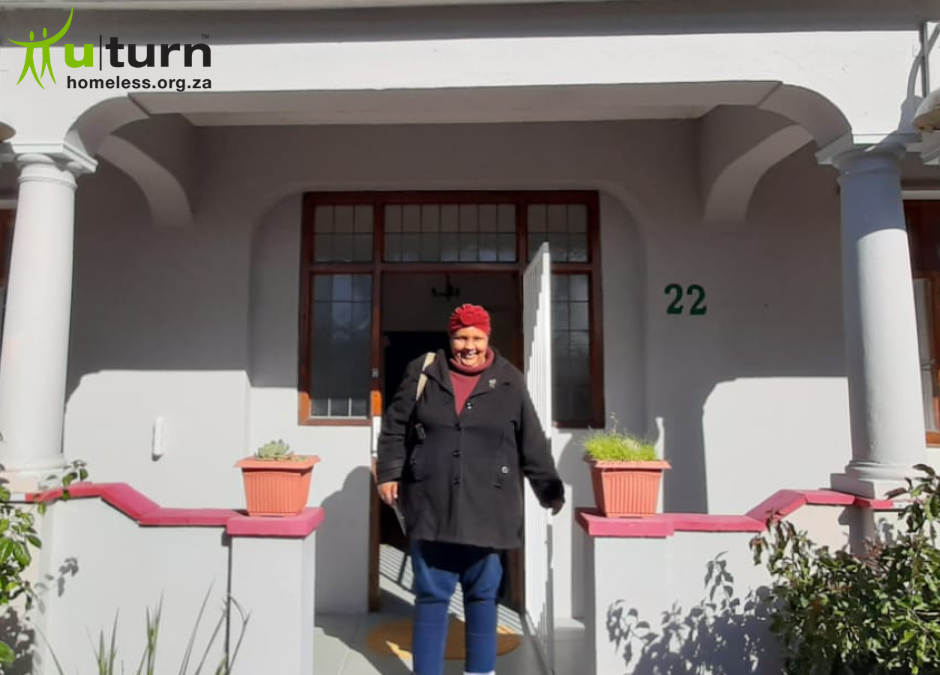 Meeting Evelyn (not her real name) at the night shelter was like looking at a mosaic made from the broken mirrors of my childhood.

When Evelyn’s second husband lost his job they fell into the shelter system. Her husband is originally from Limpopo. The bond between Evelyn and her mum was broken due to complex family situations.

Evelyn’s life gives me glimpses of my own life.

My first seven years were magical. I lived with my grandparents and mother, and was protected in a bubble of love and happiness. Everything changed the day my mum got married. I was happy for her and thought I would have a nuclear family. In my excitement I told everybody in my little world that I was moving with my mum. At the wedding reception, my step father’s mother told my mum that I should not stay with them. In her words, “don’t let her eat my son’s food”. My world came crashing down, I felt like a liar going back to school and explain that I wasn’t moving after all.

This was the start of living two lives.

At my grandparents home I was covered with love and peace. On weekends or school holidays, I walked into a war zone when visiting my mum. My stepfather, an alcoholic, was verbally, mentally and financially abusive towards my mum and me. After my brother’s birth, he was physically abusive towards him, even as an infant, and I would beg him not to hurt my brother, but it felt as if my stepfather enjoyed my cries and the abuse would escalate. To protect my brother, I learned coping skills by putting my stepfather on “mute” in my mind and playing music mentally. My favourite song which played in my mind was Labi Siffre’s “Something inside so strong”.

The first few years of my mum’s marriage, they did not have a television, so I would act out the scenes from the different advertisements trying to make my mum smile. It was hard to see my mum cry and I felt inadequate for not being able to protect her.

Even as a little girl I did not keep silent to injustice, even if it cost me. When I was about twelve years old, my stepfather tried to silence me by telling his friends that they could have me. I am grateful they never accepted his inhumane offer. Wielie Walie, one of my favourite television series taught me Childline’s telephone number which I phoned on multiple occasions, only to drop the call when I heard the counsellor’s voice. As a child I did not want to be blamed for a family break up.

I hated my stepfather and promised myself I would stop the abuse when I was an adult by ending his life. Nobody knew the dark thoughts I was carrying.

I struggled academically in high school. Everytime I tried to study, I would hear my stepfather’s abusive words in my mind. I tried to silence his voice by listening to the radio while studying, but it didn’t help. I would spend hours in the library escaping from my school holiday experiences. I felt my life was a failure. In high school, I believed in Murphy’s law, “that everything that could go wrong, would go wrong.” Living with the realities of what took place in my mum’s home and discovering at the age of twelve that I was conceived through rape was too much to bear. There were times that I thought I wanted to end my life, but because I don’t endure pain very well and suicide is usually painful, I let go of that thought.

Books were my sanctuary. I chose to go to the library in the centre of town as it had more books than the one closer to my home. At the library I would get lost in reading Encyclopaedia Britannica. Lifting my eyes to the window, I would find it had grown dark and I would have to walk 40 minutes back home. At high school, I would be found in the 920 section of the library, reading biographies and autobiographies.  I was inspired by stories like those of Benazir Bhutto, the first female president of Pakistan, and Coretta Scott King describing Dr Martin Luther King Jr as a father and husband. Because my subconscious was filled with the monstrous voice of my stepfather, I would rather read books on legislation than to sit still and study my text books.

During that period, my grandfather had become very ill and I had to assist my granny. She would often wake me around four or five in the morning, as my grandfather would have an angina attack, a slight stroke, or his sugar levels were low. During the day or even at night, we had to calm him because he had dementia and would become aggressive or disorientated.

Depending on which home I was at, I took on two roles as a child, the carer and the justice warrior.

I did not share what I was going through and my high school report was filled with the lower letters of the alphabet. I promised myself I would become the person I had needed as a child. Maybe that’s where my active listening skills developed.

In my twenties I was still dealing with hatred for my stepfather and my mum’s rapist. When I was preparing to go into ministry I told God I still carried hatred in my heart and it would be hypocritical  for me to stand in the pulpit with that inside of me. I asked God to help me with it. A few months later, I forgave them both and the sword that had pierced my soul was gone.

After that, whenever I saw my stepfather, I felt sorry for him.

Not everyone was as fortunate as me being able to run to a library. Some children who experience domestic violence, run away thinking that living on the streets will give them a better life. Others might join a gang or comfort themselves with drugs or alcohol. Like Evelyn, out of desperation, they think the only way to stop the abuse is to take the law into their own hands. In my thoughts, I have also been there.

When I was a Champion on the Phase 3 Work-readiness programme, I worked with my counsellor on my childhood trauma. I was a people-pleaser, always wanting to keep the peace. I had to learn to set boundaries.

As my healing continues, I allow God to cleanse my wounds, trusting Him to bring complete restoration in my life.