The prosperity of Isaiah 58 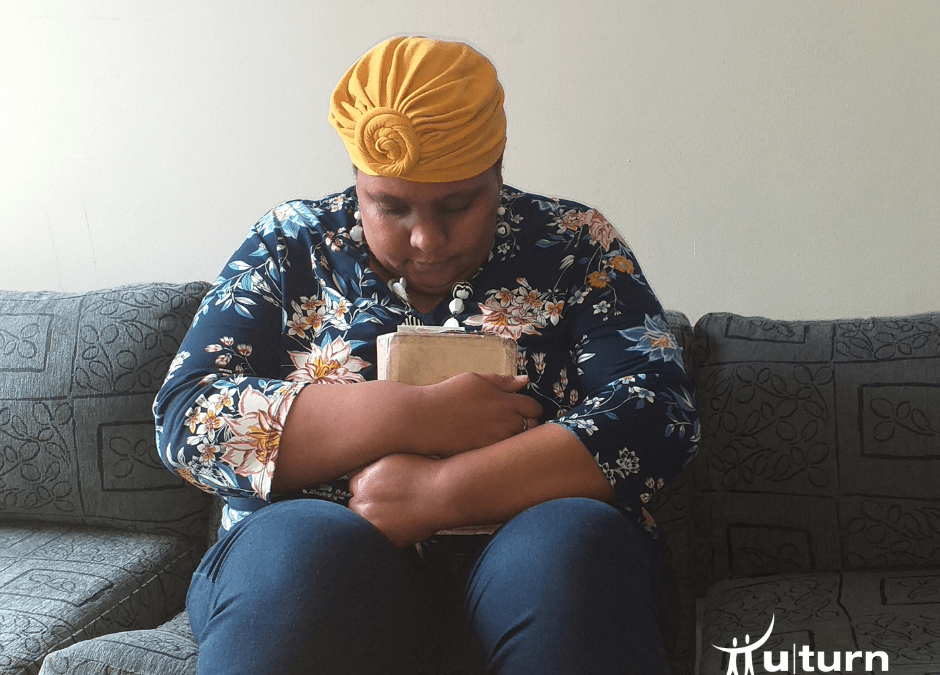 I’m still working through anger, hurt and trauma from my season of homelessness but believe I can guide the church in how to respond, when people have fallen on hard times.

Shortly before I became homeless, I had a dream about a famous American preacher, who spoke about the prosperity of Isaiah 58. When I woke from the dream, I asked God what Isaiah 58 had to do with prosperity, as it’s a scripture in which He scolds people. I had no idea that God was preparing me for a season of homelessness.

At the time I became homeless, I was the connect group leader at church and a member of the pastoral care team. I loved being in church. I had been an active member for  eight years.

I was sitting at the library during my first few hours of homelessness with church admin, before seeking help. As a connect group leader, I knew what everyone was going through in the group.  We are a close-knit sisterhood and call ourselves the tribe. Even though I knew they would not be able to help me, I still asked them, more as a way of  observing protocol.  I asked around, then approached the Pastoral Care leader and stayed a few days at a church member’s home.

The  following Monday, I slept at the night shelter. When I booked in, the supervisor did not know about the financial arrangement with the church and I had to pay for my accommodation. I paid for two nights. That night I could not sleep, because the lady next to me was high on drugs and spoke loudly  throughout the night.

The next morning, sleep deprived and exhausted, I asked our pastoral care team on WhatsApp if I could stay with one of them until I  was back on my feet again, but I was removed from the WhatsApp group.  Before becoming homeless, I had confronted many challenges (See my blog, “The day I became homeless (Cont)”)   which was  why I was exhausted and afraid of another mental breakdown.

That evening I stayed with a friend, a single mother with two daughters at university. I just needed to rest. The following day, the Pastoral Care leader told a friend  I should return to the night shelter  where  a psychologist would be waiting to see me. I was so angry and hurt that my psychiatric journey  had been used against me. I went back to the night shelter, but there was no psychologist.

In pursuit of rest, I asked the doctor at the clinic to admit me to the hospital. I had to exchange my mental freedom for medication.  After  being discharged, I hallucinated  due to medication to control the side effects that clashed with Lithium. While in the psychiatric ward of the hospital, I created a layout for a mobile app and asked for advice from one of the church leaders who had a mobile app company.  Neither he nor his wife responded to my messages. I  wasn’t asking for money. I simply told him about my idea and asked what his company services would cost to build and maintain an app. I had even created an estimated budget.

However, I did not let their silence stop me from moving forward. While at Stellenbosch Municipality’s temporary shelter for the homeless, I created a mobile app prototype and applied for international funding. The first phase of the funding was approved and I was busy with the second phase, but could not proceed with it, because I had to hide my laptop in a refuse bag in the night shelter when it closed and pray that no one would steal it.

I had to endure so much at the night shelter.  I would sometimes cross paths with a man who constantly told me I should leave the night shelter and stay with him.  My response was that God would provide. This went on for months.

One Sunday I did not have food and prayed for God to make a way. As I was walking back to the night shelter, a car stopped next to me. I thought the person was lost and was asking for directions. In Stellenbosch, that isn’t an odd request. I  thought the man  might be a student.  He showed me a R50 note but then I saw him holding his private parts with the other hand. I felt violated. Thinking of how some of the ladies spoke at the night shelter, they would have accepted the offer, whatever it  entailed.

If it  were not for U-turn’s intervention, I might still have been homeless and might have ended up living on the streets. My friends paid my shelter fees  despite their own challenges.  Without U-turn, things could have turned out for the worst.

I’m grateful  to my friends  who supported me in the midst of the challenges that the pandemic threw at them.

My advice to churches is not to be rigid in their approach to homelessness and other challenges that people face. I’m angry, because I could have turned my back on God  had it not been for my deep faith in Him and the irrevocable scars the homelessness season has left me. In my 21 years of walking with God, I have learned to place my trust in Him  knowing that people might disappoint me.

The first seven years of my life I spent in a manse. My grandfather was a church minister. There were many times I had to sleep in my grandparents’ room because we had guests. When I got older, I heard that some of the guests were not there because of a church event, but were destitute and needed a place to stay. Maybe because of my upbringing, I see Christianity as “all hands on deck”. Discipleship is not a Bible study course, it’s a way of life. We need to be there for each other and not to do ministry with velvet gloves from a distance.

While I was homeless, one of the members in my connect group was going through a tough time. Despite my own difficulties, I made sure she knew I was there for her. I believe presence is important in leadership.

There are more than 14,000 people living rough on the streets of Cape Town and approximately  3,500 beds available. Churches can lessen the burden at shelters by assisting their members that become homeless with accommodation.

Jesus paraphrased Isaiah 58:7 in Matthew 25. Let us treat people the way we would treat Jesus Christ. That’s the prosperity I was questioning in the text.

Is not this the kind of fasting I have chosen: to loose the chains of injustice and untie the cords of the yoke, to set the oppressed free and break every yoke? Is it not to share your food with the hungry and to provide the poor wanderer with shelter— when you see the naked, to clothe them, and not to turn away from your own flesh and blood? Isaiah 58:6 -7 NIV