Sitting in the transit lounge of graduation 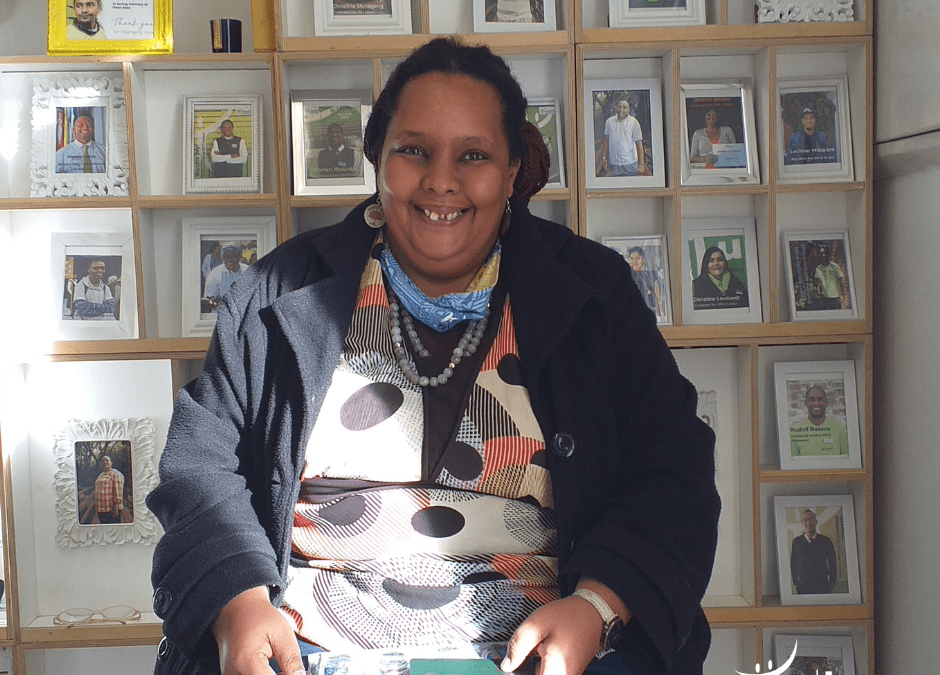 Today I am graduating from the Phase 3 Work-readiness programme. Sitting at the U-turn head office’s reception with the photos of graduates behind me reminds me of Hebrews 12 that there is a great cloud of witnesses cheering me on. In today’s photo, I have my passport and boarding pass holder in my hands. I feel like I am in a transit lounge waiting to board my flight.

The transit lounge can be a place of rest or rush for the traveller.

My journey out of homelessness reminded me of my international travels. I had the opportunity to travel five times overseas.

Join me as I travel back in time reflecting on the lessons learned in both travelling internationally and my journey through homelessness.

The first time I travelled overseas was in 2001.  My transit city was Amsterdam when I travelled from Cape Town to Birmingham, England. While we were boarding the flight at Schiphol Airport, I was greeted by a friendly passenger in Dutch. For a moment it felt like home, because the same greeting is used in Afrikaans, which is my mother tongue.

The late Dean Sass, made me feel at home the first day I arrived at the Durbanville shop. He was a U-turn graduate and sales assistant. I wish Dean was here to see my graduation. What he has taught me is engraved in my heart.

In 2004, I embarked on a journey of faith when I went to New Zealand for a convention.

My travelling and accommodation was paid but I needed spending money and had to pay NZ$25 departure tax to leave New Zealand. I tried to sell hamburgers to generate an income, but I was unsuccessful.

I attended a church service before I left for New Zealand. Somebody at church gave me a R100, which was NZ$22. That was all I had when I left South Africa.

I prayed multiple times while sitting in the transit lounge of Sydney International Airport, my vivid imagination could already see myself being deported back to South Africa.

I arrived safely in New Zealand and had to go through customs. I was called back. The dreaded time had arrived. A friendly customs official greeted me. As my bags were being searched she calmed my nerves with small talk. We chatted about the All Blacks rugby team and about makeup because she saw in my vanity bag that we were using the same beauty products.

At the convention I participated in a Bible memory competition and received a consolation prize. I was able to pay for my departure tax.

The morning I became homeless, I dreamt that I was back in Australia. I took it as a message of God, that homelessness will be my transit lounge of faith. Even though I would not know where I would be going, I should remember that just as God provided for me in New Zealand, He would provide for me during my homelessness season and that I would arrive safely on the other side.

In 2006, I travelled to Birmingham, England via Dubai. At midnight as we got off the aeroplane, I felt as if I was punched in the face by the desert heat.  It was 35 degrees Celsius. We had to wait seven hours before we could board our connecting flight. While the other passengers were sleeping, I was wide awake. I was scared that if I slept somebody would take my bags.

In Dubai, seeing the skyscrapers and the beauty of the airport, you might forget that it is situated in the middle of the desert.

For me the journey of homelessness was in the middle of the desert. The heat of uncertainty and discomfort would lead me to fall asleep on a pillow drenched with my tears as I asked God how long I would still be homeless. I would beg Him to take me out of homelessness and would say that I have learned my lessons and will not repeat my mistakes again. With silent sobs in a crowded dorm I would fall asleep.

In 2008, I travelled back to England to present at a European Seminar the work that I was doing in South Africa. As with my 2001 journey, I travelled via Schiphol Airport. This time the prayer room was my safe space. I went to the airport’s prayer room, where there was a large carpet in the middle and a desk with different religions’ holy books.  The prayer room was filled with interfaith prayers.  As I was walking over the carpet with my shoes, a lady asked me to remove it. It reminded me that just like Moses at the burning bush, I was on holy ground.

During my time of homelessness my prayer rooms were at the river, the bathroom,  the chapel at the Loaves and even the streets. Everywhere I walked was holy ground. Walking with a mask allowed me to pray in the streets, without looking weird as if I was talking to myself. Wherever I laid my head was my sanctuary. Homelessness never changed my relationship with God.

In 2019, when I travelled to and from Helsinki, Doha in Qatar was my transit city. When I came back from Helsinki, I had to run through the Hamad International Airport, as soon as our aeroplane landed. I had less than an hour to get to my connecting flight. During my run, I passed the famous yellow giant teddy bear that has its head under a humongous lamp. I stopped…perspired and with unkempt hair I took a selfie… just as I am. It was important for me to have a “I was here” photo. The photo was blurry, but I did not mind, the moment was more important. After my quick photo session, my running continued. When I arrived at my gate, I was glad that the cabin crew had not yet arrived, which meant that I could catch my breath.

During my time of homelessness, I took a lot of “I was here” photos, from my time at the Stellenbosch Municipality’s COVID-19 temporary shelter for the homeless, at the river, U-turn personal development days and much more. As painful as the past season was, I wanted to capture it.

The preamble of the South African passport reminds me of a time when the homeless felt protected by law. The preamble states:

“In the Name of the President

The President of the Republic of South Africa requests all whom it may concern to allow the bearer of this passport to pass freely without let or hindrance and to afford the bearer all necessary assistance and protection.”

For me the preamble became true, when the President of South Africa instructed municipalities to ensure that the homeless are housed in temporary shelters, during the first COVID lockdown. While living in the temporary shelter, we felt like we were protected by the president. As long as the lockdown levels were not lowered we had a home.

As I am about to graduate, I treasure the lessons learned during my period of homelessness. I thank God for U-turn who equipped me with the skills to overcome homelessness. When I looked out the window of my apartment, I thanked God for allowing me to arrive safely out of  homelessness.

My favourite part of coming home from my international travels was flying over Cape Town. The pilot  would inform us that Table Mountain is on our left and Robben Island is on our right. Then the aeroplane would make a u-turn over the Atlantic and start to descend….The sound and  feeling of the wheels coming out of the aeroplane makes the last part of the journey exciting and emotional. As the tyres hit the runway I know that I am home.  As we disembark, in the midst of jetlagged I have a spring in my step. I give my passport to the customs officer, I tell them how happy I am to be home. With a smile they say, “welcome home.”

Join me next week as I share about my graduation.